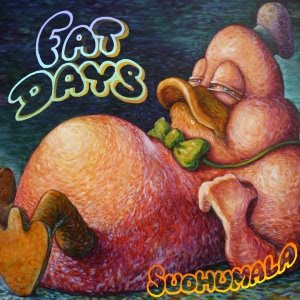 Cover, of course, is a painting of mine,
very old one, although finalized just
for this occasion. Sometimes the painting
was called "Loksunokan löysät päivät",
which lazyly might translate to something like
"Fat Days".

I didn't have time to paint fork
to the creatures hand which would have been
holding a piece of its stomache. That would
have been quite conceptual aproach...

Here is also some drawings which were
sketches for a giant paper-mache-sculptures
for Musiikkitalon taidekilpailu, in Helsinki
(Art competition for a Concert Hall of Helsinki):

Here is close-up of one of the characters: 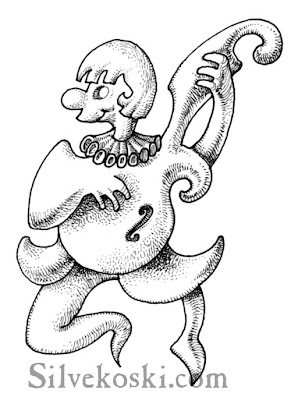 Of course I didn't get to "second stage"
with these works, although press-release
said that chosen works had some quality of
humour in them. This is clip was secretly
taken from meeting of art-"jury"...

Finally here are some interesting pictures
from VADELMAFEST 09: 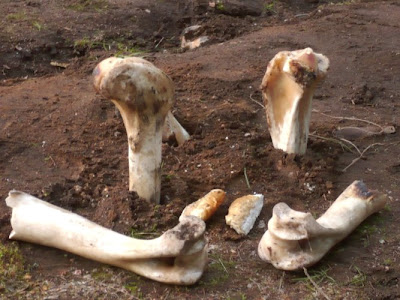 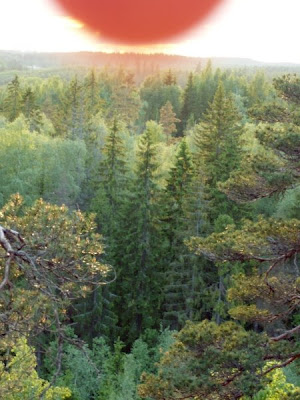 ...And I have participated also
to light-show-group called VALOVIRHEE
That is PURE FUN!!!