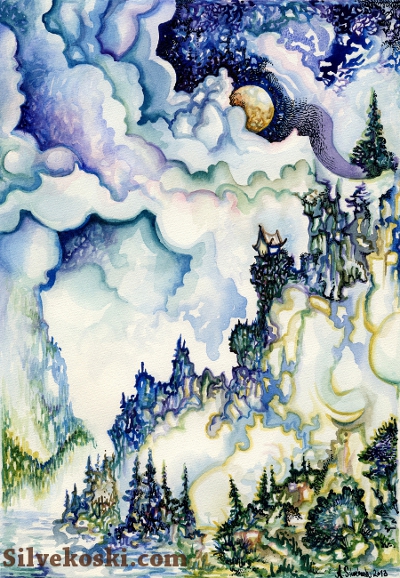 There's a small installation, hanging on the
shop-window at Viherniemenkatu 5-7, Helsinki
(behind Hakaniemi-square),
until end of May, 2013. 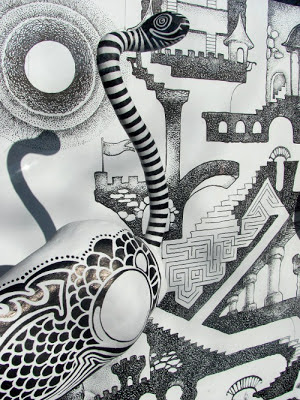 This is first glimpse of my new
"Experimental Fantasy"-series, which
is entirely black and white.

"Experimental fantasy" has started to
evolve around  notion that computer-generated
fantasy-art is incredible boring and dull
and lacks of fresh ideas and views
(as almost all popular-culture in this
age of smartphone-idiotism...)

This is quite contradictory to the
very idea of "fantasy", which has had
a strong link to imagination and all
kinds of boundless realms.

In order to play with these fantasy-powers,
one has to be in clear state of mind,
which is why I have chosen to do my art
without help of brain-shrinking computers.